Finally! Here is the first edition of THE BUZZ! –  The official newsletter of The Medical Pot Guide. Please share this with your family & friends to help spread the word about the medical benefits of cannabis.

I’d love to hear from you!

Just go to to the bottom of this newsletter to leave me a comment or question.
Thank You!
Jim Jensen

WASHINGTON — The U.S. Senate Appropriations Committee on Thursday approved an amendment to the Financial Services and General Government Appropriations bill that is intended to ease access to banking and other financial services for state-legal marijuana businesses. 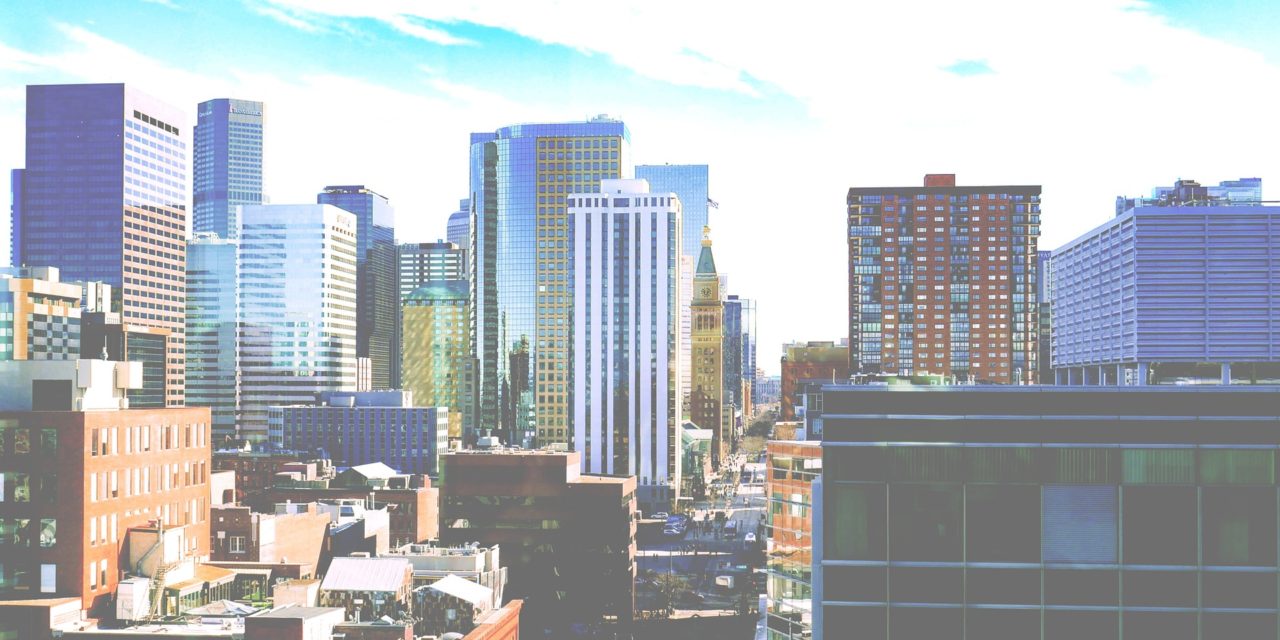 While even the Governor of Colorado is beginning to accept and support marijuana legalization, not everyone does. There are some advocating for scaling back Colorado’s marijuana industry – and they’re gotten the green light to put their issues before voters in the fall.

The Colorado Supreme Court gave the go-ahead last Thursday to supporters who want to put an initiative on the November ballot; it would impose potency caps and packaging restrictions on a variety of marijuana products…

There are less than two weeks left before new medical cannabis regulations go into effect in Washington State. For those of us who get our cannabis medicine from the current system that patients have been using since the 90’s, this is a big change nobody is looking forward to.

Canadian Prime Minister Justin Trudeau just laid out his case for why legalizing cannabis makes a lot of sense.

Put plainly, you’d struggle as an investor to find a faster growing industry than marijuana.

According to ArcView Market Research, a cannabis research firm, legal marijuana sales in the U.S. totaled $5.4 billion in 2015 and could grow at a compound annual rate of 30% through 2020. This growth comes after Ohio became the 25th state to legalize the use of medical marijuana earlier this month. Meanwhile, four states — Oregon, Washington, Colorado, and Alaska — have legalized the sale of recreational marijuana since 2012.

There are less than two weeks left before new medical cannabis regulations go into effect in Washington State. For those of us who get our cannabis medicine from the current system that patients have been using since the 90’s, this is a big change nobody is looking forward to.

Why the next president could be a buzzkill for pot advocates

Mark Kleiman, who served as Washington state’s top pot consultant after voters legalized the drug in 2012, says it would be easy for the next president to get rid of the nation’s marijuana shops.

“Look, a President Trump could shut down the legal cannabis industry everywhere in the country with the stroke of a pen,” said Kleiman, who’s now a professor of public policy at New York University’s Marron Institute of Urban Management. “All you have to do is take a list of the state-licensed cannabis growers and sellers into federal district court and say, ‘Your Honor, here are the people who have applied for and been given licenses to commit federal felonies.’ ’’…

A multiple sclerosis sufferer has been gifted an extra month of medicinal cannabis treatment thanks to the generosity of a young couple from central Otago.
Peter and Ashleigh Brown spent more than a year battling for access to Sativex for their son, Riley, who was born with the rare congenital disorder Zellweger syndrome. Tragically, Riley died in April on the very day he was supposed to begin treatment, meaning they never found out whether it could have relieved his suffering…

7 Ways Cannabis Can Make You Smarter

This Article was published on Herb.co

It’s already been proven that cannabis use does not make you lose intelligence, but can it actually make you smarter? The truth is, cannabis can potentially improve several areas of life that many people don’t even think of. When we say it can make you smarter, we mean it can contribute positive awareness about multiple different areas of life. Here we break down 7 ways to improve your life and awareness by using cannabis…
Click Here for the full article…

No, the DEA will not Legalize Marijuana on August 1

A weekly newspaper from Santa Monica, Calif., reported on Saturday that the “US Gov’t Will Legalize Marijuana on August 1,” claiming that “weed will soon be legal in all 50 states, with a prescription.”

According to the Santa Monica Observer, the United States Drug Enforcement Administration (DEA) intends to reschedule cannabis from it’s current status as a Schedule I drug to that of a Schedule II.

However, the only source of this information is an anonymous lawyer with knowledge of the matter:

The U.S. Drug Enforcement Administration will reclassify marijuana as a “Schedule Two” drug on August 1, 2016, essentially legalizing medicinal cannabis in all 50 states with a doctor’s prescription, said a DEA lawyer with knowledge of the matter…

What Nurses Need to Know About Cannabis

Understanding the science behind the endogenous cannabinoid system.

As nurses, we are in a unique position. Not only do we advocate for our patients, we are active participants in each patient’s experience of health and illness. As nurses, we share relevant information with patients-about their medical conditions, treatment options and ways of coping with both.

Whether you work in one of the 25 states that allows the use of medical cannabis, work in one of the 17 states that has passed CBD-only laws, or work in a state that has no legislation at all, you need to understand the science behind the plant Cannabis sativa. Your patients deserve a nurse who is educated about the endogenous cannabinoid system (endocannabinoid system, or ECS) and how cannabis interacts with that system…

In April, the U.S. Drug Enforcement Agency notified Congress that it would decide whether to change the status of marijuana under the Controlled Substances Act. The agency wouldn’t have sent the letter if marijuana was sure to remain a Schedule 1 substance, along with heroin — a drug that “has no medical use and a high potential for abuse.” A decision is expected in the next few weeks, and federal reclassification would widen opportunities for marijuana research. Oregon should be prepared for this shift…

ADDRESSING THE PROBLEM: LACK OF FUNDING FOR MEDICAL MARIJUANA RESEARCH 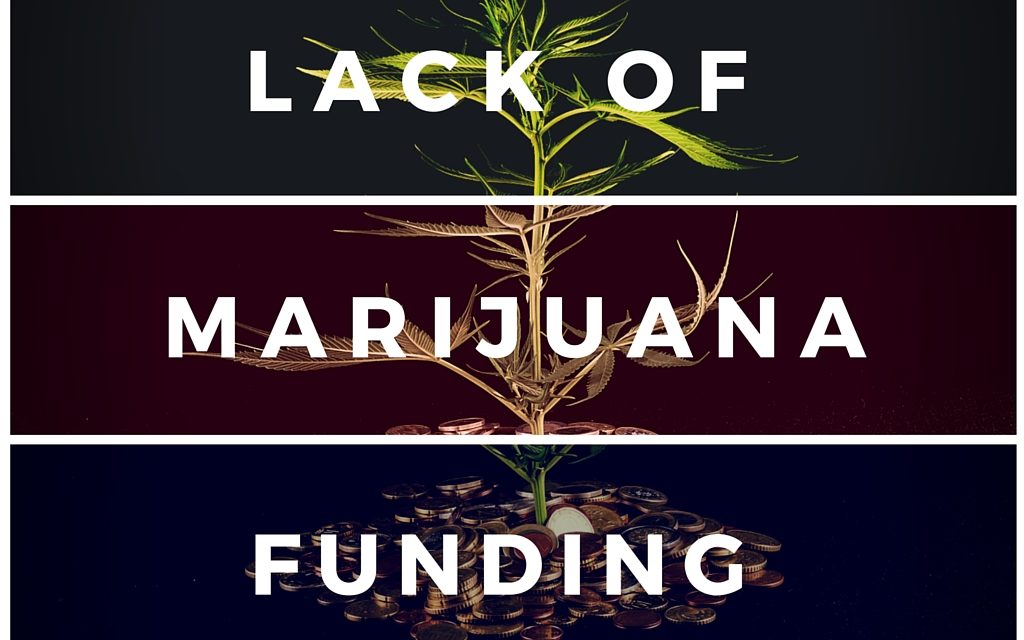 According to the scientists that consulted with the NFL about medical marijuana, one of the industry’s biggest shortfalls is a lack of funding for research; the numbers prove it. An analysis found that out of $1.1 billion of the $1.4 billion that the National Institute of Health spent on medical cannabis research, only $297 million went towards researching the potential medical benefits of cannabis.

This frustration is what led to a team of scientists launching a nonprofit institute to bring together the world’s top researchers. The Institute for Research on Cannabinoids (IROC) is intensively researching the medical benefits of cannabinoids – the active chemical compounds found in marijuana.

This site uses Akismet to reduce spam. Learn how your comment data is processed.

WOW! Get a 20% Discount on all Theramu CBD Products!

USE the coupon code BOOMER at checkout.

CLICK HERE to check out their excellent product line!

Would you like to live longer, healthier, and happier?

You can extend the time in your life that you are healthy, happy, and active WAY beyond most Americans.

Come join me to stay informed about the latest science behind health extension and successful aging.

Countdown to the Next Raffle!